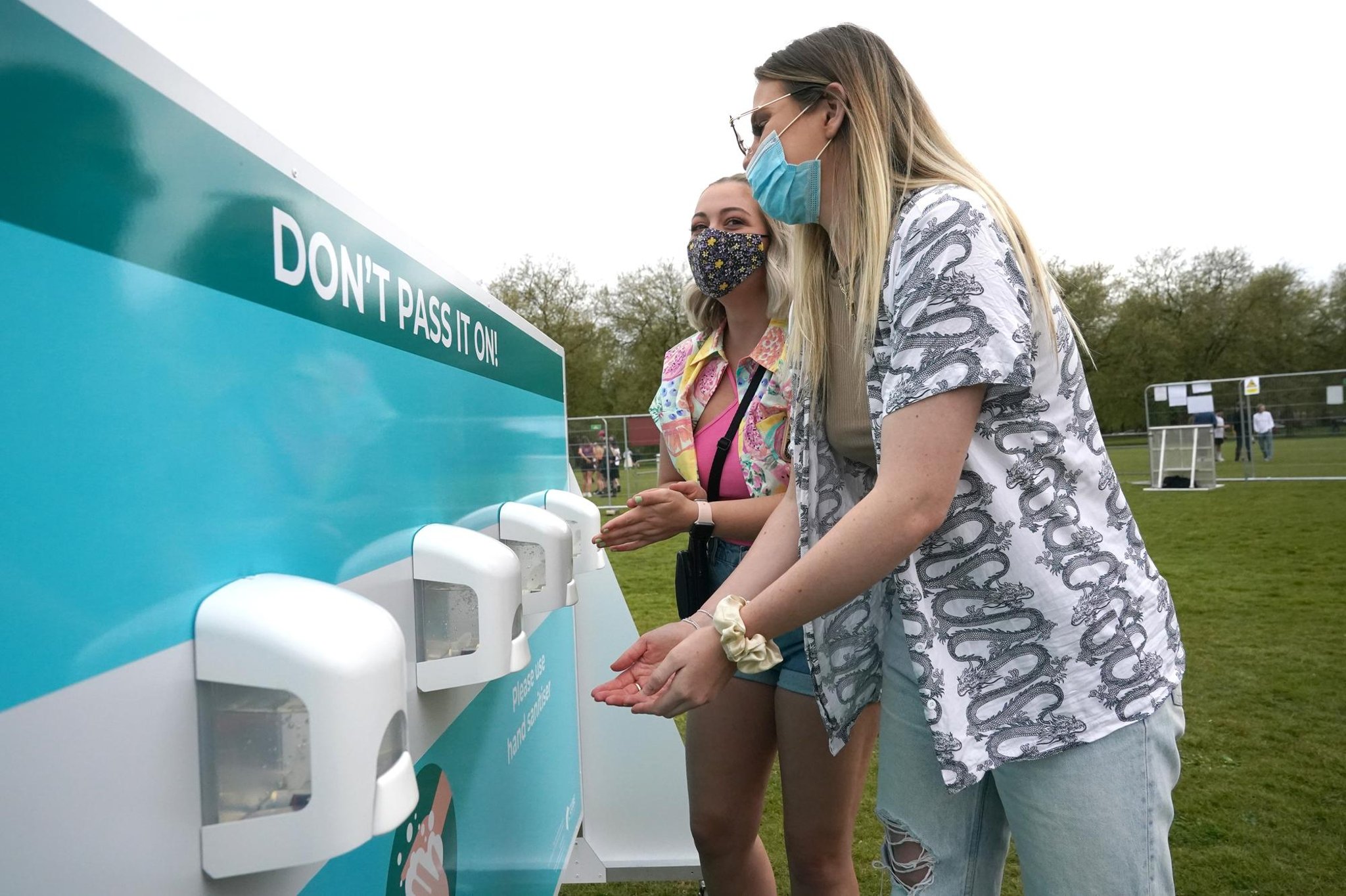 Basically, his argument suggests that the far-right Tories in Westminster are determined to destroy UK society for the benefit of a few. Anyway, I, as an ordinary person, see the argument of wearing a mask in a simple way: do we want to live in a society where governments recommend actions that will improve the living conditions of the majority? or would we prefer as a society to be told what we should and should not be doing? The first suggests that a free and well-educated people will generally take actions that are for the good of all of us, the second suggests that people are capricious and should be controlled for their own good. This argument could be treated as a right-wing philosophy versus a leftist philosophy disguised in simplistic terms. Prime Minister Boris Johnson’s actions suggest he is firmly on the “right” side of the argument while Prime Minister Nicola Sturgeon is very much on the left side “. Personally, I will take the actions that I think are best for my protection i.e. continue to wear a mask in public areas, maintain my hand hygiene and stay away from crowded areas.

This message was loud and clear from the start of the pandemic and it would have been interesting to see how a company that would have respected these conditions would have behaved in the age of Covid. Unfortunately, we won’t be able to research that particular argument, but I think Sweden has come closest to taking this approach.

Register now to our Opinion newsletter

Register now to our Opinion newsletter

Like many believers, Iain Gill misunderstands secularism (Letters of July 8). It is not a “belief system” or something that you can “practice”. Secularism is a principle of social administration by which religions are entirely free to practice as they see fit, but they are not part of the state.

Nothing is “forbidden” except the idea that religion should be imposed on everyone through unelected political privileges and statutory Christian events in schools.

The day the World Health Organization announces Scotland as the sick man of Europe, with six of the top ten hotspots for Covid, we find out the Prime Minister and John Swinney are on vacation and the Secretary to Health is also absent, visiting Harry Potter lands with his family.

Conspiracy? Coincidence? Maybe neither, but in the midst of the biggest pandemic in recent times, is it a competent decision to allow the three most affected to go on vacation at exactly the same time?

Bob Taylor (Letters, July 9) is right to criticize James Gillespie’s high school for banning Harper’s Lee book To Kill a Mockingbird because it deals with racist concepts. The Bible makes reference to “The Chosen People” which seems to be a highly racist concept, yet Gillespie did not forbid it.

In 1909, the French mathematician and philosopher of science Henri Poincaré introduced a conference at a conference on free inquiry in scientific matters with the following words: “Thought should never submit, neither to a dogma, nor to a party, nor to a passion. , neither to an interest, nor to a preconceived idea, nor to anything, except to the facts themselves, because, for her, to submit would be to cease to be ”. In other words, when thought submits to dogma, it ceases to think.

It is more than sad that an academic institution promotes the principle that we must stop thinking.

Regarding yesterday’s editorial, it should come as no surprise that there is a lack of permanent jobs for trained teachers, even in vital STEM subjects.

I refer to the letter from Alexander McKay in The Scotsman of July 8: I am quite stunned by the ignorance and stupidity displayed by SNP MP David Linden. What is even more astonishing is that there were enough people, and probably just as ignorant, whose votes were sufficient to give him a parliamentary seat. Lord help us!

Conor Matchett’s article on publishing specific information about care home deaths contains a lot of speculation, gleefully misinterpreted by Colin Hamilton (Letters, July 8). He says that “ministers or officials are putting pressure on so-called independent bodies to intervene in the disclosure of the data.” How does this fit in with information noted in the article that a week before the scheduled February 10 release date, “National Records of Scotland (NRS) officials asked the Scottish government if ministers” would take a public interest position and tell the NRS not to release ‘the numbers.’ and they were told on February 3 that there was an ‘acceptance’ that any decision on release was for the NRS, not for ministers? What does not fit the theme of the article and is not raised is whether the release would have been detrimental to the government?

Mr Hamilton describes this as “matters of life and death,” but fails to understand that these data do not relate to the total number of deaths, which have been released daily. This is the actual number of deaths specific to households managed by named providers. The point is that the information was more damaging to the commercial interests or the public image of the suppliers than to the reputation of the government. Under these circumstances, was it unreasonable to suggest that stakeholders were consulted before the data was released? Mr Hamilton then turned to the OECD report on Scottish education. Again, he seems unaware that this report was an analysis of the functioning of the Curriculum for Excellence (CfE) carried out by the OECD, commissioned by the Scottish government. He said he was “very critical of the SNP”. This is wrong, the report does not mention the SNP at all. The report is titled ‘Improving Schools in Scotland: An OECD Perspective’. The report made 12 recommendations which included seeking a better balance between breadth and depth of learning and the need to adapt assessment practices (exams / continuous assessment) and the structure of learning pathways. apprenticeship in the senior phase. The Scottish government accepted all 12 recommendations and Along with the critical analysis, the report was very laudatory about CfE, saying Scotland was seen as a ‘pioneer’ because of the CfE approach.

As of this writing, fossil fuels, primarily gas, provide 54.9% of our electricity; renewables, mainly wind turbines, provide 7.9 percent. No doubt the Green Brigade will say that I was selective. However, over the last 59 days between 8 a.m. and 10 a.m. the averages were as follows: fossil fuel production 42.2%, renewables 20.5%. Could it be that politicians and the Green Brigade haven’t a clue that we can’t rely on expensive and unreliable renewable electricity? Where will they hide from an angry audience when the lights go out?

There are a number of activities in Scotland that give me a sense of optimism amid the depressing reports of the uncertainties of Covid. While most British media tend to underestimate the level of interest in the Scottish independence campaign, the number of foreign journalists who came to cover the recent Holyrood elections was quite instructive. So activist Mike Fenwick’s petition calling on 100 Scots to sign a new declaration of Scottish sovereignty to send to the United Nations seems like a positive idea. His appeal to supporters of independence is a reminder of the Treaty of Arbroath and his declaration of Scottish sovereignty. Dundee academic Dr Elliot Bulmer called on SNP leaders to start drafting a constitution for an independent Scotland. Bob Ingram, President of Constitution for Scotland, and his group have been doing this for a few years now and have an accessible website that encourages public participation. Those people who feel that the currency debates let us down in the last referendum have also been busy. There have been a number of groups and individuals who have come together in the Scottish Currency Group who have addressed the problems of the economy and the banking system for a prosperous and independent Scotland. These groups are just a few of many working and organizing for a future referendum. Those in the population who still believe that we are “too small and too poor” to become independent are disappointed by many media outlets who do not feel these problems are worth pointing out.

I see that postal workers are being told that they are no longer just responsible for delivering mail, but are now also “brand ambassadors”? Using the same corporate babble, will this increase in their responsibilities translate into commensurate compensation?

We welcome your thoughts. Write to [email protected] including name, address and phone number – we will not print all details. Keep letters under 300 words, without attachments, and avoid “letters to the editor” or the like in your subject line.

A message from the editor

Thank you for reading this article. We depend on your support more than ever, as the change in consumption habits caused by the coronavirus is having an impact on our advertisers. If you haven’t already, consider supporting our trusted and verified journalism by purchasing a digital subscription.