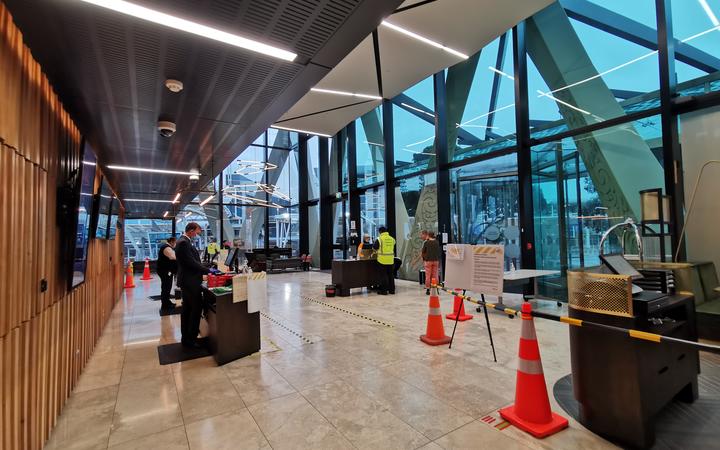 Returnees at the Novotel Auckland Airport will leave the managed isolation as originally planned, after transmission of Covid-19 at the facility was found to be unlikely, the health ministry said.

The ministry said yesterday that two unconnected returnees tested positive on day 12 of their stay.

He said others staying at their MIQ facility at the Novotel Auckland Airport will have their stay extended while the ministry investigates whether the two cases caught the virus during their stay at the facility.

Genome testing today, however, revealed that one of the cases was historical, and the other had no connection to anyone else in New Zealand and was likely detected overseas.

The ministry said in a statement that Auckland health officials considered the second case to be probably historic “due to their clinical history as well as a previous positive PCR test reported overseas in April.”

Transmission at the facility was unlikely, the ministry said.

Therefore, the other 125 people at the hotel will be allowed to leave when their 14 days are up – including 115 today while awaiting a final check.

About ten others will be able to leave tomorrow, in accordance with their initially scheduled departure date.

“We understand the frustration some guests may have felt, but we also know how important it is to rule out transmission in the facility,” said Chief Health Officer Dr Ashley Bloomfield.

“Anytime a case after the third day is recorded, it is essential that we investigate further. Most of the time, these cases can be explained, either by previous contact with a case or because the person is part of a case. a travel bubble.In a small number of cases like this, further investigation confirms that there is no underlying problem.

“The safety of returnees and that of all New Zealanders is our highest priority.”