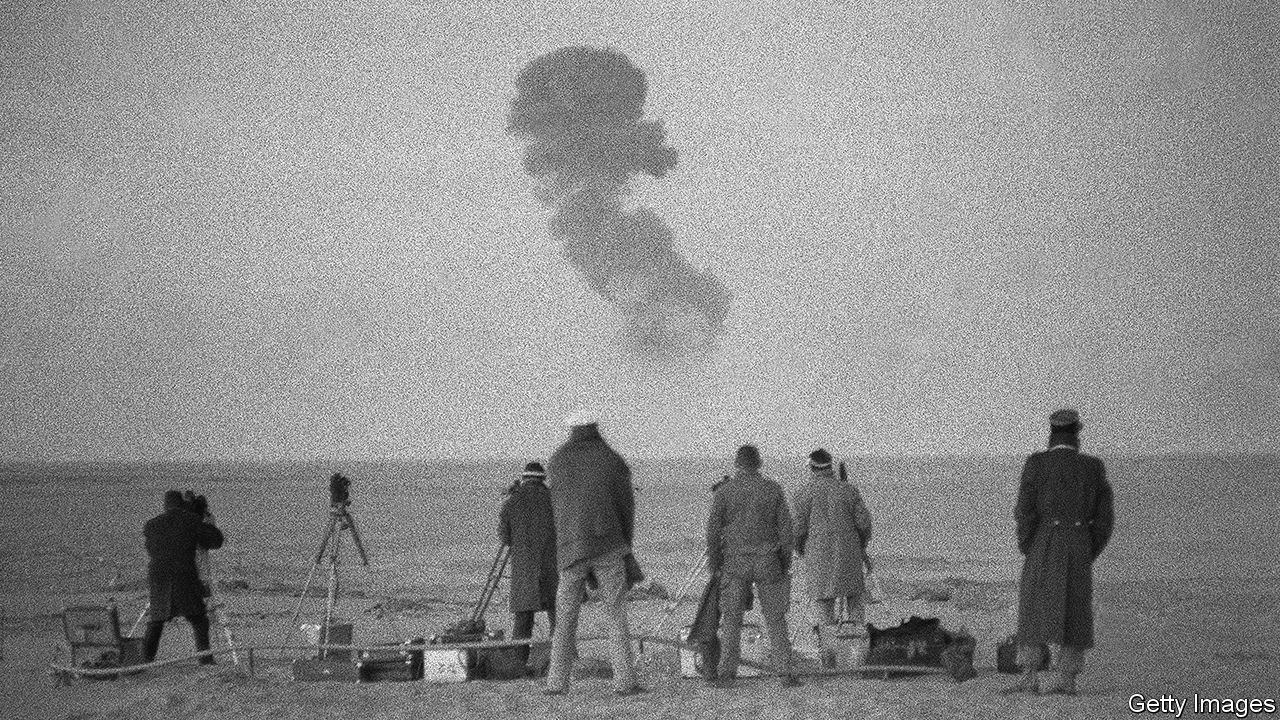 ABDELKRIM TOUHAMI was still a teenager when, on May 1, 1962, French officials in Algeria told him and his neighbors to leave their homes in the southern town of Tamanrasset. It was just a precaution. France was about to detonate an atomic bomb, known as the Beryl, in the desert about 150 km away. The explosion would be contained underground. Two French ministers were there to attend the test.

But things did not go as planned. The underground shaft at the blast site was not properly sealed. The mountain above the site cracked and black smoke spread everywhere, says Touhami. The ministers (and everyone else nearby) ran as radioactive particles escaped into the air. Nonetheless, in the months and years that followed, locals traveled to the area to collect the scrap metal from the blast for use in their homes.

France carried out 17 nuclear tests in Algeria between 1960 and 1966. Many took place after Algeria’s independence from France in 1962, as part of an agreement between the two countries. There are no good data on the effects of the explosions on public health and the environment, but locals note that some people living near the test sites have suffered from cancer and birth defects usually caused by radiation. . The sites, say the activists, are still contaminated.

They also say the French have not shared any information. In 2011, Mr. Touhami founded Taourirt, a group dedicated to identifying the location of nuclear waste left by France. All that exists in the public domain is an inventory of contaminated material buried somewhere in the desert. (Known test sites are poorly secured by the Algerian government.) Others are pressuring France to clean up the sites and compensate the victims. There has been some progress in this direction, but not enough, say activists.

In 2010, the French Parliament passed the Morin Law, which aims to compensate people suffering from health problems resulting from exposure to nuclear tests. (France has also performed nearly 200 tests in French Polynesia.) But the law only addresses certain illnesses and requires applicants to prove that they lived near the tests at the time they took place. It’s hard enough for the Algerians who worked for the French armed forces: few had formal contracts. It’s almost impossible for someone else. Only a small fraction of the applications filed come from Algeria.

In May, French and Algerian officials, part of a working group created in 2008, met in Paris to discuss cleaning up the test sites. The talks were hardly successful. But earlier this year, Emmanuel Macron, the French president, decided to launch a “Memories and Truth” commission on his country’s role in Algeria. Benjamin Stora, the historian who will lead it, wants to look at nuclear tests and their consequences.

In Algeria, the nuclear issue has been overshadowed in recent years by concerns about hydraulic fracturing, or “fracking”, to extract the gas trapped in the impermeable rocks of the Sahara. Some locals are concerned that it could affect their health (although evidence from America, where it is widespread, suggests that it is reasonably safe). Others fear it will damage the environment or oppose the involvement of outsiders or the lack of transparency of their own government. Large demonstrations took place. Many inhabitants of the Sahara feel they are still treated like guinea pigs, says Touhami. ■